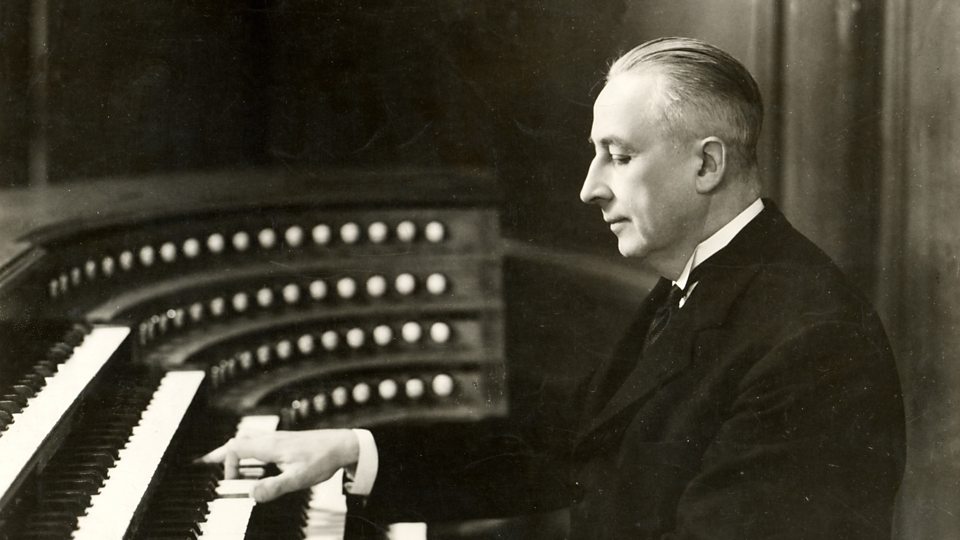 Blessed be Her Glorious Assumption!

On this feast of the Assumption of the Blessed Virgin Mary, I wish to share the hymn from Second Vespers ‘Ave Maris Stella.’ This hymn dates back to the 11th century and is of unknown origin, although it is often attributed to St Bernard. It is, however, a much later rendering that I write of here, that of Marcel Dupre.

In 1919, Dupre composed his opus 18 Vespers for the feasts of the Blessed Virgin Mary, a work which features a liturgical styling which has had a rocky history- alternatim. The work is a collection of organ versets which, for the psalmody, offer expressive instrumental renderings of the antiphons and in the hymn and canticle, versets.

The root of this practice is that of antiphonal psalmody, with alternating groups of singers taking the odd and even numbered verses of psalms. By the 1400s it was not only an established tradition to have the psalms, hymns and canticles alternate between a chant schola and a polyphonic choir but to have the organ substitute for the choir by ‘singing’ verses of the text. By the baroque era, the French Organ Mass was established where the ordinary of the Mass was performed in this style, chant alternating with organ verses or ‘versets’ based on the chant melodies.

Contracts of French organists of that time indicate that this music was performed on an almost daily basis and so the versets would invariably have been improvised and works such as Couperin’s Mass for the Parishes and Mass for the Convents are among relatively few examples of published works.

This long standing tradition was still going strong when Dupre took to the prestigious organ bench of Saint Sulpice yet the Supreme Pontiff had something to say on the matter of alternatim practice. In his 1903 Motu Proprio Tra Le Sollecitudini, Pope St Pius X sought to restore the musical tradition of the Church- Chant and Polyphony, even citing Palestrina as the  supreme model of sacred music other than the chant repertoire. This was prompted by a number of abuses which would require a whole article in themselves to explain them fully. Suffice to say that chant had fallen out of use and the entertainment music of the day was being emulated in the liturgy with melodies being quoted from operetta and set to sacred texts.

Despite the beauty of instrumental meditations alternating with chant, the sainted pontiff called for an end to the use of organ versets as they replaced verses of text. It seems that the French liturgical musicians ignored this instruction and carried on their alternatim practice and this work by Dupre is a contemporaneous example.

In modern liturgical practice, alternatim with polyphony continues to be a staple at flagship institutions like the Brompton Oratory but when it comes to using the beautiful  practice of alternatim, this material (or improvisations) are inserted as little meditations between pairs of verses so that the text is still recited in full. In my own liturgical practice, I promote alternatim with chant and polyphony, improvised versets between verses of hymns (not psalms, canticles or any of the Mass) and the use of groupings of versets as offertory or communion interludes.

It is unfortunate that I cannot find an online source by which I can share the recording of Dupre’s Vespers by the Schola Gregoriana of Cambridge under Mary Berry. They recorded the full work in liturgical context but in the early hours of the morning when they could be sure of complete silence in and around Notre Dame de Paris where they sang it.  Instead I will share the full chant hymn Ave Maris Stella and then Dupre’s versets separately.

Bonus Track- Here is a 14th Century example of alternatim with polyphonic even verses by Dufay.