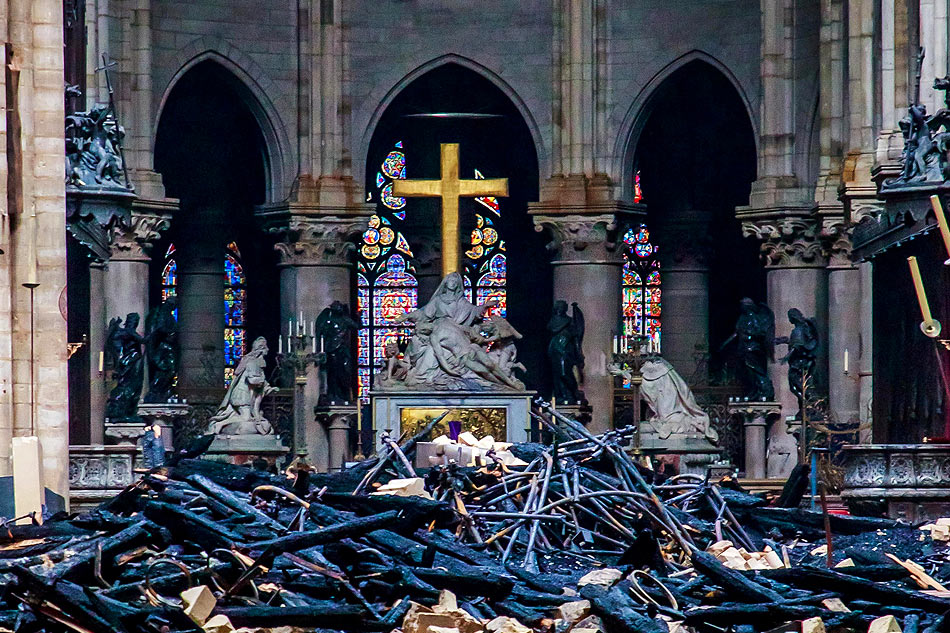 Happy Easter! Here is the gradual for Easter Day. The original chant can be heard below.

This video explores how the Parisian school developed the use of harmony by using Pythagorean principles. The chant is sung in parallel with the original at the interval of an octave, a perfect fourth or a perfect fifth. While seeing the horrifying images of Notre Dame burning, I was thinking about how amazing it is that the same principles of mathematics which made the building of such a Cathedral possible are those which were used to determine musical beauty. In the so-called dark ages, it was well understood that everything in the world conforms to mathematical laws, the order of which is a mark of the Divine Intellect- The Eternal Logos, through whom all things were made. Since God is the source of all truth and beauty, it stands to reason that objective beauty and right order go hand in hand. This style of parallel chant is called organum.

In the following example we can hear that Perotin (of the Parisian School) developed organum to another level by adding more melodic lines. We begin to see organum duplum or triplum etc. Perotin uses the original melody as a ‘Cantus Firmus’ or fixed voice, in the bass part but in very long notes. This allows him to compose new melodies which weave around the chant theme. This is the beginning of polyphony- many melodic lines weaving together.

This final example by British Catholic composer, William Byrd, is an example of how polyphony had developed by the mid 16th Century. This composition is not based on the chant but is a good example of how the voices in polyphony became more imitative and the use of harmony developed .

So there it is, Haec Dies through the musical ages and equally as true each Easter Day.

Bonus track- here is the Haec Dies performed in the style of Old Roman Chant and characterised by the eastern sounding ornamentation. I may write another post about the different chant books and how they were amalgamated.